Entercard is a joint venture between Swedbank and Barclays Principal Investments Limited. That means that Entercard draws on all the experience and expertise our owners are in possession of, at the same time as we are the local company which focuses on credit cards and loans.

Barclays is a successful and global actor in the card market, and among the largest card issuers in Europe. Swedbank possesses solid knowledge and local presence in the Scandinavian card market. 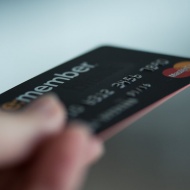 ‹‹A solid ownership that adds knowledge and insight.››

Our history is both long and short. The company was established in Norway in 1999, but our owners have several hundred years’ experience in the finance sector.
Swedbank acquired the company in 2003, and in 2005, in co-operation with Barclays, they formed a joint venture to become leading regarding credit cards in the Scandinavian market.

Part of Swedbank’s Swedish card activity became a part of the new enterprise, which retained the name Entercard.

That is the short history. On the other hand, our two owners both have a long history and enormous competence in the area. For example, Barclays carrying over 50 years of experience, has succeeded in becoming the largest credit card issuer in Europe.

We use cookies and third-party tools to offer our visitors the best possible user experience. To achieve this we analyze our web traffic. By clicking “Accept”, you approve our use of cookies. To change what kind of cookies you approve, please press “Cookies settings”.

We use cookies to give you the best possible user experience. These cookies can collect information about you, your preferences or your device. We respect your privacy and you can choose the type of cookies you allow us to place through the settings below. Please note, if you block any type of cookies, this may affect your user experience. If you remove all cookies, use another browser or device, you will have to accept or adjust your cookies settings.