“As long as you are curious, there is great career opportunity within Entercard. I have never felt that I’ve been stuck in one position and I haven’t gotten to a point where I not feel challenged anymore”

Laurens De Baere has worked in Entercard since 2014 and held four different positions in the company. Today he is Head of New Account Management Cards and Visa Business Card in Credit Risk. Laurens is originally from Belgium, but he is currently living in Oslo. He joined Entercard through Barclays’ graduate program in London, moved to Stockholm where he worked as an analyst, then did a job rotation back to Barclays London before receiving a permanent posting at Entercard in Oslo.

“The best aspect of working within the credit department is that we work on the core business; credit assessments .This is where a lot of action happens, we make decisions on how the business develops based on data and analytics, and that’s great”

Diversity and work environment is one of the most important things Laurens appreciates in Entercard. He feels lucky working in a company that employs people from all around the world, but also having the benefit of working in a medium sized company with approximately 450 employees. This gives him a sense of connection to the business.

“We have a culture of data- driven decisions in Entercard and a sizable community of analysts, which gives me the opportunity to learn a lot from fellow colleagues”

“I really value my colleagues, the atmosphere and the spirit in this company”

Kit has been working at Entercard since November 2008, starting in Customer Service, before moving to Application Handling two years ago. Kit used to work in the restaurant industry, and did not know about the financial industry or Entercard at the time of application. However, she was looking for a career change and new opportunities, and was not disappointed; the initial assignment was supposed to end after 14 days, but after the initial period Kit was offered a permanent position.

“I really value my colleagues, the atmosphere and the spirit in this company, but also the way you can work with each other across countries and departments”

Kit enjoys her position as application handler, and is committed to offer customers a tailor-made solution adapted to their personal finances.

“I’m happy that I Have the opportunity to learn new things everyday, but also come up with ideas for possible changes in the systems internally. “ 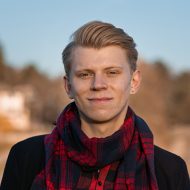 “I really appreciate that Entercard has a culture that promotes growth. Open positions are very often filled with people already working at Entercard, which makes it feel like there is a great potential for you to climb and try out different tasks inside the company”

Tim started working at Entercard in February 2018 as a consultant in Customer Service. During his three years in customer service, Tim felt it was time to move on and try something new and exciting. He saw an open position in the IT Department and got the job as a Service Desk Specialist.

“I really appreciate that Entercard has a culture that promotes growth. Open positions are very often filled with people already working at Entercard, which makes it feel like there is a great potential for you to climb and try out different tasks inside the company. It creates a workplace where colleagues can bring valuable experience from one position to another for a broader understanding across different parts of the company.”

“I like the opportunity to get to know the company better, but also the people who work here. Most of all I like the fun and supportive culture we have in our team.” 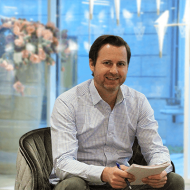 “Entercard is known for our fantastic culture. We are social, competent, tolerant and work fast. But we also remember to have fun in the meantime”

Jonas has been at Entercard since 2006. Throughout those years, he has held seven different positions and experienced the company’s growth from less than 200 employees to over 450.

“Since I joined the company in 2006, the culture has changed a lot. Back then Entercard employed about 200 employees. We did business in the Norwegian market with an entrepreneurial outlook. Today, we have more than 450 employees in Scandinavia, but we are still small enough to make quick turns.”

Jonas joined Entercard after graduating from his Master’s degrees in International Business Management from EAE in Barcelona and Economics from BI Norwegian Business School. He was looking for jobs relevant to his thesis on how databases could contribute to increased customer loyalty. He found the right position at Entercard where he started to work as a marketing consultant.

“Entercard is known for our great culture. We are social, competent, tolerant, and work at a high pace. However, we do not forget to have fun while working. The employees  come from more than 40 different nationalities, which makes our business culture more dynamic and rich. It also results in a broader perspective on all levels”.

Up until 2019, Jonas had held six different roles across the group. In October 2019, he took on the role as the Head of re:member Cards Sales.

A lot has changed within the field of marketing since 2006. Even though the basic principles are the same, data and digital tools have revolutionized the field. The competence required to succeed and channels mix available to reach customers are very different than they were 15 years ago.

“I would say Entercard is more dynamic than other firms. We are moving fast to be robust in an even more digital future. I believe we are at the forefront of digital marketing. We allow for experimentation and early adoption to keep it that way”. 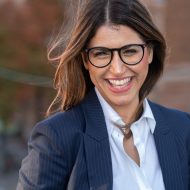 “I have always felt that there has been relevant areas of development at Entercard.  I am exactly where I want to be right now, and I am grateful that I got the chance to develop within the company”

Pegah has been at Entercard since 2010. Throughout those years, she has held different positions, where her first job was to handle new applications and carry out credit assessments. After a couple of years, Pegah became interested in sales and marketing and transferred to a new position as a Marketing Assistant in the New Customer Marketing-department. That led to eight years in total within the Commercial department.

“Over the years, I’ve had fantastic colleagues who have been very generous with their knowledge sharing, as well as supporting and inspirational leaders”

Pegah joined Entercard after her Master of Science in Biotechnology at The Royal Institute of Technology and a year at Art School. She applied for an extra job at Entercard expecting a short engagement; however, she ended up working at Entercard for the next 11 years. Today, Pegah is working as a Senior Strategic Data Analyst. Her job is to collect and present different types of macro-and internal data to management, and support initiatives within the function, as well as contribute to strategy and organizational development.

We use cookies and third-party tools to offer our visitors the best possible user experience. To achieve this we analyze our web traffic. By clicking “Accept”, you approve our use of cookies. To change what kind of cookies you approve, please press “Cookies settings”.

We use cookies to give you the best possible user experience. These cookies can collect information about you, your preferences or your device. We respect your privacy and you can choose the type of cookies you allow us to place through the settings below. Please note, if you block any type of cookies, this may affect your user experience. If you remove all cookies, use another browser or device, you will have to accept or adjust your cookies settings.